Graduates of different years are also grateful to remember in their memoirs that the lessons in Theory helped the fundamental development of their creative abilities and cognitions. For many years now, teachers have been focusing on the ability of students to take music seriously as a priority. He takes his wrists and takes decisive steps to achieve his goals. The ability to communicate and work individually with children is an important indicator of the professional competence of pedagogical theorists.

The culture of communication is one of the key factors in the music education system. Mutual respect and understanding are conducive to co-operation. Theoretical subjects consider specifics of each specialty. The content of the music, the features of the building are analyzed in detail.

The academician, art critic, professor Akhmet Jubanov and the first director T.M Uzbekov brought in qualified specialists who work in the theory and in a timely manner to understand the need of the theory department in musical literacy of students.

The first head of the unit, the first deputy director for music, Valeria Mavridi Valiya Ivanovna, developed a curriculum and developed a plan for scientific and methodological work. The teachers of that time, L.A. Voronova, M.P. Sabitova, G.N. Zubkova, G.V.Anashkina, E.I. Konopleva, S.A. Kuzembayeva, N.N Salnik and other teachers joined in the registration process.

In 1966, Theoretical Department gained professionalism and began to educate theorists and art historians. In 1969-1970 he made his first graduation in the world of art. These days T.Eginbayeva – professor of the Kazakh National University of Arts, candidate of art criticism, S.Estemesova – candidate of pedagogical sciences, D.Omarova – teacher of the Tchaikovsky Music College, and in different years at the Institute of Arts in Shymkent. Malkarova lectured.

The department has been replenished with new specialists over the years. Each of them made a great contribution to the education of the younger generation and shared their knowledge with special love. Zhuykova L.A, Pavlova L.G, Melkov A.V, Pismareva V.A, Minenko V.V, Shashkova O.K, Eginbaeva T.K, Dikanbaeva M.A, Dikanbaeva M.A, E. Baigaskina, T.M Sapargalieva, A.S Ketegenova, L.P Ignatenko, A.S Karamendina, D.A Akhmetbekova, A.A Zobkova, G.B Kundakbaeva. The main weapon in the course of work Kurmanbayeva, L.O Korban, M.B Ergalieva, P.Sh.Shegebayev were love for children. They knew that no matter how many teachers they had, they had no idea how to find the right way in the disciple’s heart.

In the 1980’s and 1990’s, a number of good traditions and new initiatives were born that continue in the theory department. For example, regular viewing of Abai Opera and Ballet performances, presenting elementary fairy tales to Tchaikovsky’s ballet “The Nutcracker” by Tchaikovsky, arranging lectures and concerts on “Meetings on Friday”, and schooling young musicians in the “First Step” project. There were plenty of activities on stage, such as presentations, and presents. Once a month, the “Walloon” Music Wall Newspaper was published, featuring young talent touring, meeting celebrities, ideas about music, and discussions.

In 1993 the grand opening of the A. Jubanov International Competition of Young Performers set new challenges. The press center, which was set up at that time, is still in operation. Photographs, exchange of views, honorable guests and jury members were unanimously approved.

Theoretical olympiads and contests are held regularly and the teachers of the conservatory give lectures. The Tchaikovsky Music College has a strong relationship.

As a result of the department’s half-century work, it has been noted that alumni have lost their way in the arts and have found a place in the fields of culture and spirituality, science and education. A.Sabyrova – Associate Professor of the Kurmangazy National Conservatory, A.Karamendina – Associate Professor, Candidate of Art Criticism, A.Berdybay – Senior Lecturer of the Kurmangazy National Conservatory, Master of Arts, G.Kenderbayeva – Associate Professor of the T.Zhurgenov Academy of Arts, candidate of art criticism, Temirgalieva S. – teacher of Zhezkazgan music college, D. Baktygalieva – candidate of art criticism, TV editor, D. Kalimova – TV presenter. It has become a tradition for college graduates to bang into their nest. Sheshbayev P.Sh. he has been teaching the theory department in different years 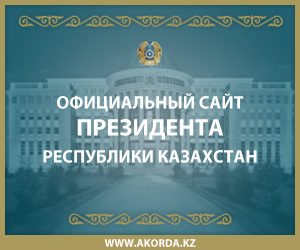 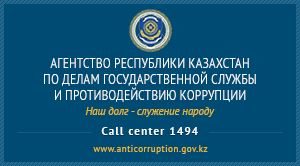